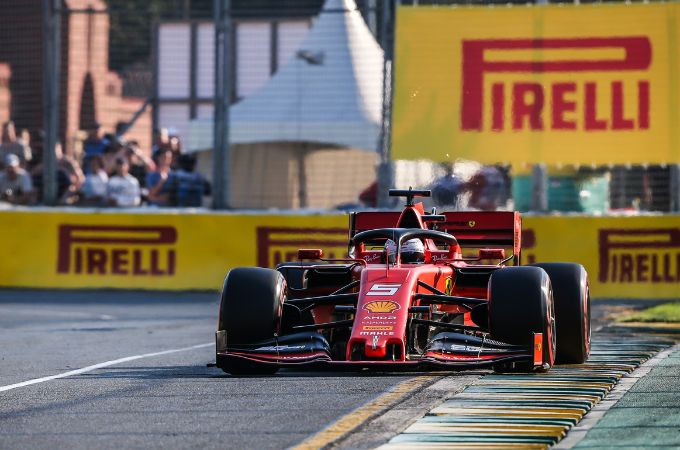 After the race was delayed by an hour due to rain, the Mexican rose from third place to the lead in a section of the race that was held in wet conditions.

Perez is now six points behind Leclerc after a strong weekend that saw him outpace Verstappen in qualifying, and drive brilliantly in the race in order to fulfill Red Bull’s improvisational strategy calls.

Ferrari filed protests against Perez and Verstappen after the race on the grounds that they had crossed the white line at the pit lane exit following their second pit stop. However, protests were not rescinded.

Leclerc was so impressive in taking pole position Saturday and Ferrari left him with strategy mistakes as he saw his comfortable lead quickly turn into fourth place in just four laps.

After 30 laps of racing were red flagged due to Mick Schumacher’s Haas crashing at the Swimming Pool section, Leclerc asked if they would continue running from their current positions.

Red Bull did it!

The race started one hour and five minutes late. It was then behind the safety car for two laps. All cars were forced to use the ‘extremely’ wet tires until Eduardo Freitas, race director, decided it was safe to allow the cars to go.

Leclerc quickly gained an advantage over Sainz and Perez behind him. After 10 laps, he was four seconds ahead of Sainz and 5.3 ahead after 16. Perez pitted for intermediate tires.

Red Bull took the cue of Pierre Gasly’s Alpha Tauri who pitted for inters soon after the start but was for many laps behind slower cars.

The Frenchman set the fastest times once he was in free air and proved that the track was ready.

Was it all the delays?

Questions were raised about whether the FIA waited too much to restart the race and whether Schumacher’s incident warranted a second red flag.

Exactly why Golfers Do Not Break Ninety